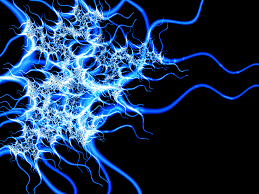 The fundamental concepts of traditional chiropractic philosophy may seem daunting upon initial exposure. The complexity of such concepts is paradoxical due to the inherent simplicity once you have good understanding of how your brain and body function. One of these concepts is subluxations.

Chiropractic is a deductive science: we make chiropractic deductions based on the premise that life is ‘intelligent’. In turn, an ‘intelligent creator’ exists. The intelligent creator is the creator of all matter that manages and organises our existence, providing matter to maintain our existence. This is the concept of universal intelligence, where life is a manifestation of movement. A part of this universal intelligence is our innate intelligence, which can constructively adapt the forces and matter from the universe. Chiropractic theories and hypotheses are generally deductions from these universal truths, supported by clinical findings.

Innate Intelligence within Our Body

It is imperative to understand that, as a component of universal intelligence, innate intelligence ‘cannot be flawed’. It is ‘intrinsically perfect’. Any imperfect adaptation of our human system is a result of improper transmission of innate forces in the nervous system rather than a result of innate intelligence errors. Alterations of the spinal column indirectly interfere with the transmission of these innate forces. We can trace the root of all disease(s) to the effects of alterations of the spinal column on nerve tissues. Interference of neurological functions arising from spinal column alterations may negatively affect the adaptive mechanisms of the body. This causes disruption of the homeostatic balance and, in turn, displaces segments of the spinal column and subsequently the state of health. Chiropractic refers to the displaced segments of the spinal column as subluxations. A subluxation is the state of a vertebra that has lost its proper alignment in relation to the vertebra above and below or both. This misalignment of the vertebrae allows for the interference of nerve transmission and results in the state of disease.

Nerve transmission is a cycle consisting of many nervous system components. The brain sends and receives messages from all parts of the body via the spinal cord, spinal nerve roots, and the nerves themselves. Efferent nerves transmit information leaving the brain to all parts and cells of the body and transmit information perceived by the body back to the brain. This information pathway to and from the brain centre and tissues of the body are like the ‘mental current’ and ‘mental impulses’. Transmitted by nerves, mental impulses are the connection between intelligence and matter. They are therefore necessary for life. For example, if we damage one of our nerves, the tissue it supplies loses function and consequently dies. When a subluxation compromises the nerve transmission of mental impulses, the associated tissue cells adopt a weakened state of dysfunction. To restore the proper functions of tissue cells, we must remove the disruption of transmission. The removal of this interference and consequent restoration of function is the purpose of chiropractic adjustment.

What is Subluxation in Chiropractic?

Subluxation is the adaptation of a system that is protecting itself, a form of defence physiology.  When the system does not have a strategy to process an experience or stimulus, then it does not have the energy or resources either. Hence, it resorts to binding its energy in an attempt to protect itself and give itself more time to create the change or shift in a more authentic and thermodynamically efficient manner.  Without this mechanism, many systems would lose their energy and crash. Crashing in a biological sense can possibly lead to dis-ease or, in serious cases, death.

Subluxation is a diminished state of being, not just a bone out of alignment. The human body has an amazing ability to maintain its own health when provided with the right amounts and the right types of healthy signals. When we remove harmful or unhealthy signals and enhance appropriate signals, the body system creates a healthy outcome and vice versa. Unhealthy signals can come by way of physical, mental/emotional/social, or chemical imbalance. Subluxation could possibly prevents dis-ease and even death. It is the “silent killer”.  It is like a circuit breaker in an electrical box.  It is a form of adaptation, just not the most thermodynamically effective or efficient one, but the only option available to the system at that level of energy.

Chiropractors can recognise the root cause of disease by adjusting the displaced segments of the spinal column, thereby removing the interference of innate force transmission. The beauty of chiropractic is its ability to restore the normal transmission of forces, allowing proper homeostasis and adaptation without adding any force or material to the body in order to restore health. Chiropractic adjustments facilitate the proper functioning of the body without causing undue harm or unwanted adverse effects.